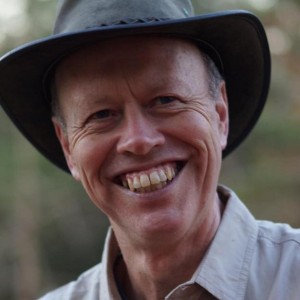 When we commenced operating in late 2014, we came up with the concept of our monthly Open Farm Event – an opportunity to showcase our farm and animals to the general public in a focused period of time with heavy dependence on volunteers to help us manage the event safely. The popularity of the event inevitably led to a clash with bureaucracy. Read on for the story …

During 2016 after starting a Facebook advertising campaign, our open farm events became very popular and caused some issues in the immediate surroundings to the farm particularly in regard to parking. This led to a formal complaint from a neighbour and a meeting with the council where they informed us that we would need to apply for a “tourist attraction” permit. This is a very expensive process which is typically required by a theme park or zoo (according to their documentation), and for a small fledgling business trying to get off the ground, we felt that it was a little unfair for us to carry this sort of burden for an event which occupied 3 hours a month about 10 times a year (so 30 hours per year).

During the month of February 2017 we received some communication from the Moreton Bay Regional Council which effectively meant we were forced to cancel our Open Farm events until further notice. Naturally this was extremely disappointing for us as well as for our customers and we commenced various efforts to re-instate this popular family event for the people of Brisbane including:

Despite having arranging off-road parking in a neighbour’s property (for which we paid a small fee), we still received a “show cause” notice which effectively indicated an intention by the Council to prosecute unless an application was lodged, or the offending activity was halted.

We knew that there were a great number of people out there in the community that had already experienced one or more of our open farms and would appreciate the opportunity to come to one in the future. It was and still is our strong belief that the open farm event offers a great opportunity for city families to experience a taste of farm life in the country.

We are grateful for everyone who has responded with comments and messages of support. We have now engaged a town planner and had several meetings with council who have also been very supportive. Unfortunately there does not seem to be any other option but to apply for the “tourist attraction” permit which is an expensive exercise, however in the longer term, we believe that it will be worthwhile in order to allow us to continue holding these popular events.

We have been advised that our application has reached preliminary approval. The conditions imposed are extremely restrictive and we are now in the process of negotiating some of these conditions. An example is the requirement to plant a 5m wide visual barrier between us and the neighbour where we are currently parking the cars – a classic example of the type of insanity we are facing today.

The application has been approved with some conditions amended. We now have 6 months to build a driveway extension to provide onsite parking and plant the visual barrier. Work on these projects has already started. A storm-water report must also be submitted.

All conditions have been met and we are now using the new driveway and onsite parking. The visual barrier has been planted and the storm-water report completed. All up, the entire process has cost around $40,000. We want to keep the event affordable for families with young children so your on-going support by attending our open farm events is appreciated.